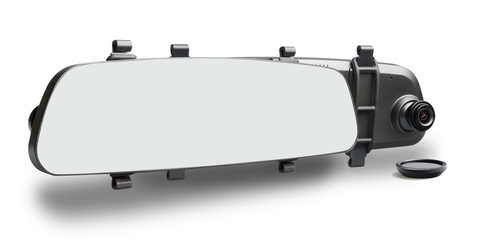 DVR in the mirror housing with a polarizing filter. The unique building, modern base Ambarella A7 + OV4689, a large number of functions.

The company introduced a new unique TrendVision DVRs in the mirror housing, designed specifically for the Russian market. A new series of video recorders, including model TrendVision MR-700P, built on the video processor Ambarella A7, CMOS-sensor OmniVision OV4689 and aperture lens that will provide high quality images under all lighting conditions.

A feature of the whole series DVRs HDR mode is implemented by means of hardware sensors. CPU power thus would not be used. In this mode, the addition of 2 shots with different exposures. Hardware HDR provides a FullHD resolution in a wider dynamic range than the WDR program mode. Moreover, in contrast to the widely advertised program modes WDR hardware HDR (High Dynamic Range) MR-700 allows you to create really high-quality image in a high-contrast scenes and low light. For example, state license plates the vehicle in front at night is likely to be read and not be of a white blur.

TrendVision MR-700 received a new and improved housing, which has been developed by experts TrendVision based on user feedback to the previous model TrendVision TV-103. The new building is unique and has no analogues in the world. Its features:. Thickness of only 14mm, the increased stiffness antiosleplyayuschee mirror coating, easy mounting, large screen 4.3 ", two slots for memory cards, the connection of additional reverse analog camera, convenient buttons with automatically switchable backlight OFF, screen recorder is similar to an ordinary panoramic overlay.
Settings include automatic power-off the monitor after a specified time, the owner. Turning the monitor is automatically either when the registrar or at the time of recording by pressing any button.
When viewing the video directly on the display of the DVR may apply the function 10x digital zoom, which will consider any small parts up to numbers of cars.

An important feature was the change in the location of the connectors. In the new mirrors on all the main connectors TrendVision recess in the housing, which is beneficial impact both on the appearance of the plant itself, and on the possibility of using this type of registrars in certain car models. TrendVision MR-700P can be set in absolutely any car brand. In other registrars with a similar form factor connectors from the power supply and camera reverse can touch the ceiling of the car.

Another competitive advantage of the new building has been the emergence of the second slot for SD card is full. That is, in the MR-700 TrendVision just two slots for memory cards. What is important is that the registrar supports exFAT mode, which means that the device supports memory cards of up to 128GB. When using the two slots at once - total memory capacity can be immediately 256GB.

The "copy for the record" in this device, as well as in all other registrars TrendVision, implemented. Copy from one memory card to a second possible one or just a few spots at the same time. The volume of data is limited only by the card, which should be copied.

The two memory card slots are located exactly at the lower end of the body TrendVision MR-700P. Whereas in the older DVRs slot is located on the top of the ceiling and remove a memory card becomes a process rather difficult, MR-700P - this deficiency is completely devoid of.

TrendVision MR-700P may be used as part of the parking system. Just connect an optional analog reverse camera, and the image from this camera will be automatically displayed on the screen MR-700 when reverse gear.

TrendVision MR-700P is a lite version of the DVR. The delivery of this version does not include GPS-module. Here in our store you can purchase the full version TrendVison MR-700GP, supplied which includes GPS and a polarizing filter, as testifies to the letter G (GPS) and P (polarization filter).

Full specification TrendVision MR-700P can be viewed on the official website.

Video review of the MR-700 TrendVision

Car DVR TrendVision MR-700GP and MR-700 are implemented in the new video processor Ambarella A7LA30. It is a powerful processor that can provide a variety of additional features. As you explore the possibilities of this platform, firmware is improved, new features are added. 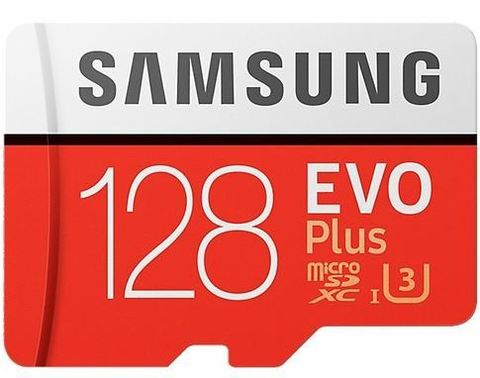 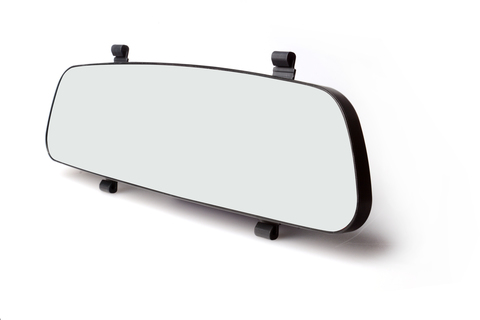